Web Scale testing is a method used to collect feedback from a large number of users about different aspects of a website. A variety of tests come under the umbrella of web scale testing including:

By the nature of web scale testing, it can be conducted on large amounts of anonymous users.

There are multiple websites to conduct these types of tests on, that provide users for you.

Usability Hub is an attractive choice, as all the test data is in the one central location, and it has the most testing methods.

In five second testing, users are presented with an image/page/design and five seconds to look at it. Afterwards they are given some questions to answer about what they saw. This method is a good way of getting a user’s first impression of a design and making sure they understand the intention/purpose of the design.

When to do five second tests:

It is only necessary to use five second testing when you want a user’s first impression of a design.

Why do five second tests?

Five seconds may seem like a short amount of time to answer these questions, but studies have shown that users decide in the first 10 seconds of visiting a page whether they will stay on it or not. 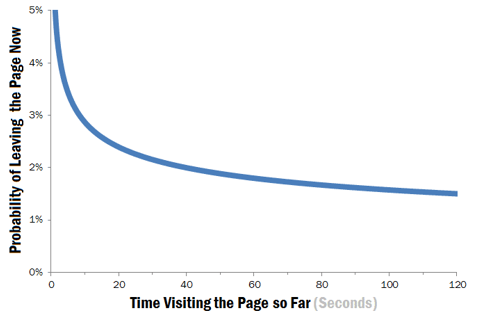 In first click tests, analysis tools allow us to view heat maps of the most common places users click, and also the time it took them to click.

There are two common ways to apply this type of testing.

First click tests should be used to make sure the users understand the core navigation of a website.

This testing method should be used to make sure users understand the navigation of your website.

Design surveys can be used to ask a large number of users their opinions on a product design. A user is presented with a design and asked several questions. In contrast to a five second test, the design does not disappear whilst they answer questions.

When to do design surveys:

Design surveys can be used when you want to get an idea of how a user feels about your website. Questions could be designed for controlled answers (yes/no, 0-5 rating), or more open-ended answers, where a user gives their opinion.  Whilst both types have their benefits, controlled answers are much easier to sort and quantify.

Preference testing is used when you have multiple design ideas and aren’t sure which one to use. The user is presented with all of them and asked which they prefer. Both qualitative and quantitative data can be gathered from preference testing.

Qualitative data can be gathered by asking follow-up questions once they have made their choice, such as why they chose it.

When to do preference tests:

When you can't decide on the best design variation.